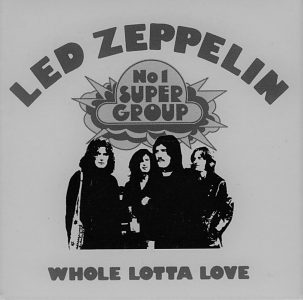 The flat we lived in was much too small for 6 persons but nevertheless, my parents were willing to offer shelter to another family of 6 persons when circumstances required this. This occurred when the Kramer family returned from Australia to the Netherlands. Mister Kramer had married my mother’s sister, called Beppie. Thus, for us aunt Beppie. They came back from ‘Down Under’ because of my aunt’s bad health condition. Having to live in a small 4-room flat with six persons was already a problem but with twelve persons was just impossible. It did not last long. After about 2 weeks my brother Theo and I had to move out to find shelter elsewhere. Theo found a room in our neighbourhood with a Jewish family, De Vries, and I was welcomed by my friend Joop’s parents. This moving out was in fact not bad at all for both of us, it suited us very well, because living standards were much better at our guest addresses.
I do remember though, the first 2 weeks when we were with so many persons in such a small flat, having no privacy. We got rather excited by the way our Australian cousin behaved. She was some years older than Theo and me. We couldn’t keep our eyes from her. It was extraordinary what she displayed to us all. Naturally, it was no doubt for this reason that Theo and I were obligated to move elsewhere.
Beginning of 1961 we moved to a larger flat, in the same area. This apartment was situated in the second block in a range of six buildings. Did we live on number 14/3rd floor now it was number 28, a so-called ground level, 2-floor apartment. The entrance of the apartment was on the first floor and on ground level there were two extra bedrooms. This time not just Theo got his own room but even Saskia had her well-deserved own bedroom after so many years having slept in our parents’ bedroom. She and Theo had their rooms on the first floor where you also found the combined sitting and dining room, the kitchen, the shower and the toilet. One of the two downstairs rooms was occupied by my parents and the other one by Charles and me. I could write a lot of stories about what happened in our room. Stories varying from the sound of our loud music to the sound and fume of starting the motor of my moped after disassembling and again assembling it inside the bedroom. Stories of intimate parties and the lovemaking with our girlfriends. Sometimes we found time to do our homework as well. Charles and I had built a stereo installation ourselves, consisting of a record player and on each separate channel we had connected an old radio. This way we were able to amplify each channel separately and we produced a lot of decibels.
One night, when my parents went out with our dog for a walk near the 6th block they were irritated by the fact that people living there did not have the decency to turn off their radio’s. After all, it was already after midnight and the Wilhelmus song, our national anthem, had already been broadcasted. However, walking back home, the noise increased, and they were terrified when they realized that the deafening sound of the “Whole Lotta Love” played by Led Zeppelin came from their own home. 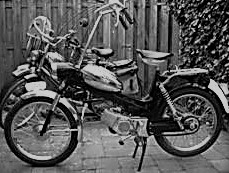