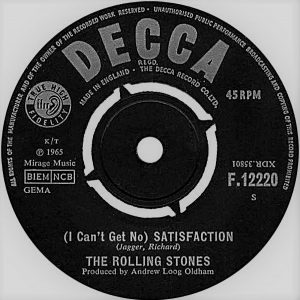 If I did not feel like going to school, I let my brother Theo, who was already out of HS and went to university, write a note and sign that I was sick or had to attend a funeral.
In view of the situation that my mother came from a family of sixteen children, the funeral frequency was fairly credible.
Theo was very good at forging my father’s signature. I should really ask him one of these days, how he became so proficient in it?
When I did not visit the school or was sent out of the class, I often went to one of the many popular beat-cellars in those days, located at the yards of the Oude Gracht in Utrecht. Here I could listen to music for hours, while enjoying a cup of coffee.
I also often went to a café at the Hanengeschrei on the Vismarkt to play chess with other fellow students. One of those companions was Bertus van der Lem, who was also in third grade at my school. When I was sent out of class again, I walked past the room where he was being taught at the time and I just showed my head in front of the class-window for a second. Nine times out of ten he was at the side of the bicycle shed next to me five minutes later, where we then together would cycle in the direction of the Hanengeschrei, where we chatted the rest of the day.
Like me, Bertus was not only interested in science subjects, but apparently also in feminine beauty.
Years later I found Bertus lying on his back on the beach of Zandvoort and flanked by a beautiful black woman. Bertus had then made a better show of it in the study department as he had advanced in his education and then studied nuclear physics and he had almost graduated. Apparently he had paid more attention to the important subjects than myself.

On Saturdays the girls of 3a and b had an hour of gymnastics from 11:00 to 12:00 and then their long weekend started. In that hour the boys of both classes had free time until our gym class started from 12:00 to 13:00.
During this free hour, I always went to a café on the Nobelstraat with my school benchmate Jaap at the corner with the Lucasbolwerk. While enjoying coffee and a sausage roll, we usually would play a game of billiards.
It was on a Saturday in the early spring of 1964, when Conny and I were both sixteen, that I invited Conny with a nod to come to the gym after my class to show her some acrobatic exercises on the vaulting box.
I had already noticed that Conny, after her hour of gymnastics, was lingering in the gym and watched me how I performed certain gymnastic exercises.
On that Saturday, after everything was cleaned up and placed behind the big curtain, I lingered a bit and slowly changed, while Bosma hurried home to eat to return later that afternoon for an important game at 4:00 pm from Taveno. Conny and I would also follow that same track as my brother was playing in that same match.
At 13:15 the door opened to the dressing room and Conny entered wearing “my” favourite outfit and her small pumps. When I gently kissed her, she reacted fervently. I quickly took her by hand into the gym and then completely hidden behind the large curtain, leaning against the gymnastic cabinet, she kissed me passionately on the mouth. During this cue, I unfastened her wide belt and wildly unzipped the back of her woollen dress and then slid it down over her breasts and her thighs. After she had stepped out of her dress, I helped her on the vaulting box, whereupon she lay down, dressed only in a bra and a suspender belt with dark nylon stockings.
When I climbed on the equipment, she spread her legs by letting them hang loosely on both sides of the gym equipment. On the way to her mouth I kissed her already damp vagina. Once we were lying on top of this cabinet, we started to kiss each other passionately and by our excitement we heard almost too late that the big door to the gym was cracking open and someone was walking into the hall on high heels.
We were shocked and hid ourselves behind the closet. As soon as I peeked through the curtains, I saw that Miss Plaisir gently closed the large gym hallway and began fluttering nervously back and forth. Quick as a bunny, I hurried back to the closet and while I lifted the top of the cabinet, I helped Conny get into vaulting-box with our clothes, and then I immediately followed and lowered the lid onto the cabinet.
Less than a minute later, the big door opened again, but now with much more noise, as someone else had entered the hall.
Shortly thereafter we heard the curtain open and close and we noticed that Miss Plaisir and another visitor were walking up towards our gymnastics cupboard. A moment later we heard her throaty wanton exclamations: “Oh Hans, grab me with your big strong hands by my buttocks and press me strongly against you”.
When Hans replied with: “Avec plaisir ma Cherie”, we knew for sure: that was the voice of De Lange, who had managed to lay his hands on the attractive Miss Plaisir.
While the rhythmic sounds above us started to increase right above our heads to a wild crescendo, Conny touched my now overgrown sex organ and then she completely let herself go and slowly started moving up and down. When it came to a climax on top of the cupboard, she suddenly accelerated her movement so that we reached our peak almost immediately, so that our moans of pleasure could not be noticed above. In that position, Conny and I continued to linger for some time, and by the light shining through an opening in the side of the cupboard, I saw to my satisfaction that her usually angry look had given way to an absolute relaxation and ecstatic release.
It was only after the sound of the footsteps walking towards the exit and after we had heard the big door of the gym room opening and slamming closed again, that we dared to come out of that closet.
At the washbasins in the dressing room we refreshed ourselves and then left the building for a walk in the fresh air. With a light feeling in our heads, we walked hand in hand a round about the Lucasbolwerk. Well in time for the Taveno game, we returned to the gym to watch our home-team narrowly lose from ASVU.

In 1965 the teachers’ meeting of our school decided, because of a series of complaints from various teachers and of different nature, to permanently remove me from the school. The complaint that made the bucket overflow perhaps came from our music teacher. This teacher seriously blamed me for having disturbed his music lessons just before the summer break.
As soon as he had placed the needle from his record player to play the famous classic of de Boléro by Ravel and had opened the sound amplifier extra loud and looked forward with anticipation to the positive reaction of the students party, the first almost explosive sounds of “Satisfaction” came to his horror popping out of the large speakers, this to the sheer delight of all the present in his classroom. He rewarded my musical input with a big fat “one” on my final report card. It was on this sorry note that I was forced to say goodbye to the Rijks HBS and even though I did have actually nice marks for the exact subjects; yet on the rest of my grades, you could dance the foxtrot to the music of bandleader Lawrence Welk, “a one anne two”!

1) I should perhaps explain, that the kids in the Netherlands were graded from numbers 1-10 in learning subjects not the ABCDF letter grades like in USA. 6-10 were passing grades and the higher the number the better of course. 4 and below were all failing grades. (F) 5=D
2) Mulo and HBS are secondary school education in the Netherlands like High School in the states. HBS, Lyceum and Gymnasium were ranked slightly higher than Mulo at the time… 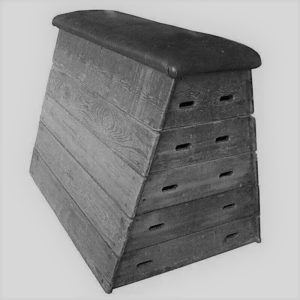