The only one with a bedroom for himself was for my brother Theo. The fact that he was older and because he was a potential student, having his own room was considered as normal. There is one thing about this room that I must tell.
The financial circumstances in ‘the Plomp’ family were not spectacular and Theo in the beginning of his study, had to earn his pocket money, like we all had to anyway. In other words, he had to work for the luxury of having his own room. He worked as a dish washer in a night club in Utrecht, called ‘de Dietsche Taveerne’ in the Oudkerkhof. Apparently, he did his work very well and the management often gave him a bottle of liquor as a token of their appreciation. In no time he had a collection of whisky, rum, etc. all proudly gathered in his bedroom in a special desk annex elegant wall unit that was purchased of the first double child benefit or perhaps even treble, him being a student. It was one of those miserable do-it-yourself pieces of furniture that didn’t look very stable and later proofed to be exactly what it looked like. It was attached to the wall with some simple clips. The desk itself was a collapsible thin wooden board that was meant to sit and to study at. My younger brother Charles and I loved to go into his room when either he was visiting his girlfriend in The Hague or away for a couple of days. We would try on his cloths and loan or admire other interesting items. I was in his room during a weekend and while I rested my hand on his desk, I inspected his liquor supply and thought what a pity it was that none of those bottles were ever opened. There was a considerable quantity and Theo didn’t drink a drop of alcohol in those days. He changed a lot since then.
While I was admiring this wonderful supply of all sorts of bottles, while heavily leaning on the desk, the wall unit started to wiggle and smashed with its contents on the cement floor. My parents had not heard a thing as they were listing to a loud religious program on the radio. It made it possible for me to kind of sneak out of the house. A couple of hours later I was well informed about the disaster that took place in Theo’s room. They were most certainly warned by the enormous alcohol fumes that entered the sitting room. I told my parents that when I left the house it had struck me that the parson on the radio was talking rather loud and that perhaps that was the reason that the unit collapsed. After all, those flats we lived in were very noisy and things could easily be damaged by vibrations of any sort. They have had to work very hard to get rid of the broken bottles and clean everything before Theo came back. It has however, taken months before the penetrating alcohol odour had vanished.
That lasting smell greatly bothered my parents because they feared what our neighbours might think about our drinking habits. A God-fearing family like ours and the thought of too much alcohol, to what might this lead. 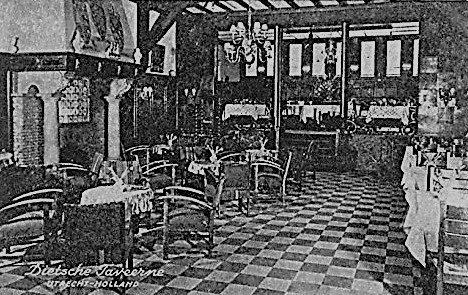