“Dignity”, what a great song. To watch/listen this song, click the next video.

Chilly wind sharp as a razor blade
House on fire, debts unpaid
Gonna stand at the window, gonna ask the maid
Have you seen dignity?

Met Prince Phillip at the home of the blues
Said he’d give me information if his name wasn’t used
He wanted money up front, said he was abused
By dignity

Got no place to fade, got no coat
I’m on the rollin’ river in a jerkin’ boat
Tryin’ to read a note somebody wrote
About dignity

Englishman stranded in the blackheart wind
Combin’ his hair back, his future looks thin
Bites the bullet and he looks within
For dignity

Someone showed me a picture and I just laughed
Dignity never been photographed
I went into the red, went into the black
Into the valley of dry bone dreams

So many roads, so much at stake
So many dead ends, I’m at the edge of the lake
Sometimes I wonder what it’s gonna take
To find dignity 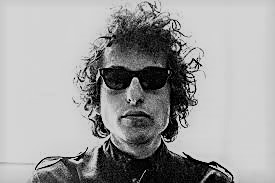