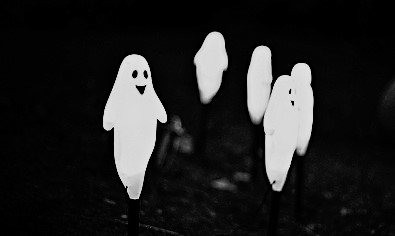 The house where I spent the first four years of my life was in fact the building used by the Head Quarters of the Salvation Army and situated in the Lange Nieuwstraat in Utrecht. Both my father and mother were in active service. It was a large white building on the corner of the Zuilenstraat and at the beginning of this street, you found the nursery school I went to.
Walking from the Domplein via the Lange Nieuwstraat in the direction of the former orphanage at the end and passing the Zuilenstraat, the second street to the left is the Groenestraat. My grandfather lived in this street in an upstairs apartment next to the former ice factory. During his youth my father grew up in this apartment and later, during World War II, he did a lot of resistance activities while residing in that same flat.
In the Salvation Army building I had my own room. In fact, it has been the only room I ever had for myself. During that time, unlike later in my life, I rather did have a room with one of the other occupants. It was not very pleasant to sleep in a dark room, far from the others. Each night I suspected a ghost under my bed and constantly inspected my room. The reason of these frightening appearances was most likely caused by the city-busses passing in the street. They spread light beams that formed ghostly shades on the walls of my room. Many years later in Ireland, my wife was regularly complaining about similar appearances, always happening when I was staying abroad. It would occur during the night and she would see vague light when there is hardly any moonlight, then it is pitch-dark, and you cannot see a hand in front of your face. In fact, a wonderful circumstance when you come from an area where it is always bright, day and night, and where lamp-posts uninvitedly lighten up your bedroom.
But naturally, this complete darkness might be frightening when a woman being alone, in the middle of the night is suddenly confronted by strange floating beams that lighten-up the room and especially in a country that is famous for its supernatural phenomena.
When I returned from my travels and listened to her experiences, I always tried to make her feel at ease by telling her that there would certainly be some sort of acceptable explanation. When I had one night the same sensation, I too, the tough guy, was more or less surprised by this odd play of light. I jumped out of our bed and stepped on our sea-terrace to find out where it came from. I could just see a car making a curve at the end of the small road in front of our house. This road first makes a sharp curve towards our home and then less sharp into the other direction and this turning caused that the headlights of the car just shortly lighted our bedroom. This road is hardly used by any of our neighbours during daylight let alone during the night. All of them are either farmers or fishermen and they go to bed early so it seldom happened that a car passed by.
After the heavy storms in 2014, this road has been blocked for all cars. The chance that part of the road as well as the vehicle on it might disappear into the ocean is too big. If we would be confronted by this shine now again, then I too would be very worried.
Not long ago something identical happened for which we did not have an immediate explanation and I was somewhat concerned. In the complete darkness of our bedroom we noticed fast moving little lights coming in through a side window. A side of our house from which in principle not a single light can come in unless someone is carrying a lantern or perhaps indeed something supernatural was happening.
Reluctantly, I stuck my head out of this window above my side of the bed to determine what in the world was nearing our home this time. I could not believe my eyes and was considering that something supernatural like wandering souls of deceased people were nearing. When my eyes were used to the darkness, I could see what it was. It was Larry, our neighbours’ dog, a living soul, that had a leash around his neck with a flash light and he was most certainly looking for our Maggie and Lizzy to play with. 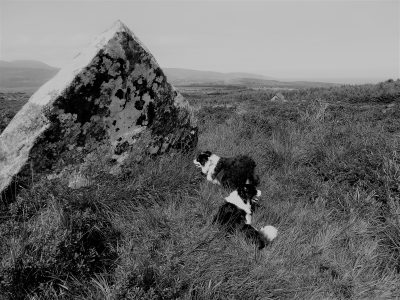