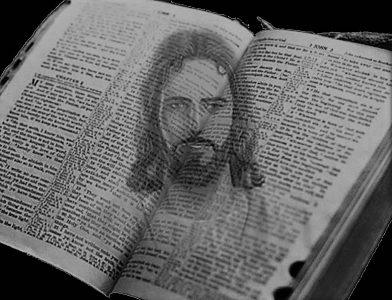 THE BOOKMARK
Written by Bert Plomp
Translated by Helena Clarkson

A long time ago when I still lived at home with my parents, I was part of a rather God-fearing family. Still the God-Fearing situation for us kids did not last forever. When I was about 13, I had outgrown this religious nonsense to a certain extend.
Before this time, my father had steadfastly assigned himself the task of official preacher for our humble abode. For example, he deemed it necessary, to recite to us one of his favourite Bible scriptures daily, before allowing us hungry kids to wolf down our warm lunch at home during recess. I must say, he truly put his heart in these afternoon sermons as they were loaded with hell and damnation for non-believers.
Invariably did so with a pious expression on his face, which immediately would bring the devil out in me as a reckless rebellious teenager and my goal in life at that time was to somehow wipe this holier than thou smile off his kisser and hopefully put an end to his-annoying attitude forever.

These daily bible readings were not meant to amuse us kids but more as a preparation and clearly an attempt at brainwashing his offspring to enter the Dutch Reformed Church like good god-fearing Christians like himself. It was obvious, he hoped we would eagerly follow in his footsteps and become good Christian members of his church. I think he was very much looking forward to the day when his sons and daughter walk the road towards that holy baptismal font in the church and the vicar would splash buckets of water over our cocky little heads. When the preacher would say I baptise thee in the name of the Father the Son and the Holy Ghost. After this crucial crossroad decision, we would be forever subservient to our Lord and the Dutch Reformed Church. Nothing would surprise me that dear old dad experienced some wet dreams even with the thought of his offspring following in his footsteps.
I noticed frequently that dad had some difficulty finding the page back from his last preaching. After his usual bible recital, he usually closed the book with a loud firm bang like he tried to emphasize his Biblical sermon with special sound effects simulating thunder from the heavens. Thus, when the Bible was closed with such great force it was more than once on the tip of my tongue to tell him to please show a little more respect for the Holy Scriptures in the future.

Invariably the following day dear dad seemed to have problem to find the place he left off in the Bible, where he had been preaching from the day before. So, I helpfully suggested he would fold a dog ear on that page so he could find the text a bit easier in future. All I accomplished with this sound advice, was that dear old dad gave me a painful cloud to the ear that made my head spin. To make up for my bad mistake, I decided to make a bookmark for my dad.
At school, I had learned to do some embroidery in arts and craft class. With some coloured threads and a piece of cotton, I managed to embroider a truly splendid book marker on an afternoon when there was no school. I created a true piece of art if I say so myself.
Further I had considered the importance respect for scripture in our family Bible, in which my artistic creation would now surely find a forever place of its own. I even had embroidered a text appropriate to the occasion in the bookmark.
Tensely, I was looking forward to the moment of truth when my father would pull out the Holy Scriptures again and open it now on the exact page.
I remember it was on a Friday. Normally a day when I tried to skip the lunch. For mother dearest with her limited culinary skills, would lovingly treat her family with a disgusting luncheon of haddock full of fishbones with mustard sauce and beets. A meal that invariably would put my delicate stomach in serious uproar as it was vile enough to gag a maggot.
When my father almost opened the Bible on the last page, he found my beautiful present there.
After he had taken note of the pious, embroidered text: “And the Lord said to his disciples, I take the bike, and you my friends can take a hike”, the poor man practically stroked out on the spot.
Not only my father, but also my mother was seriously offended over this dastardly deed. So, for punishment, I was immediately sent back to school without eating lunch. My tummy thanked me for the reprieve of that delicious meal of course.

We were not financially well off in those days to be able to afford many presents.
However, it was a few years after the infamous bookmark creation that I thought I would surprise my mother with my first, hard-earned pennies.
On Mother’s Day, I had bought a brand-new cover for her ironing board at a household goods store.
This gift, too, was curiously not appreciated. She practically strung me up with the flowery present.
I just could not understand this for the world of me. Had she not told me herself just recently around Christmas, that if I got any present of Santa Claus, I should learn to be satisfied with any little gift, even a practical one. After all it was the thought that counts. 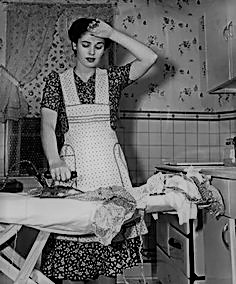